Ask an American about what they think about bidets and the typical response you’ll receive is a snicker or a raised eyebrow. Outside of the states in other civilized countries, bidets are fairly common as they should be. A bidet that stands out among the rest is TOTO’s SW0234#01 (also known as the C100) – an electric toilet seat that does everything you’d expect and more to ensure a mess-free, hygienic experience.

One of the key features of the C100 is its pre-mist that keeps the toilet bowl moist at all times. The purpose of the pre-mist is to ensure that no stains can adhere to the bowl’s surface, making it easier to clean and less disgusting to look at.

Like any bidet, the C100 comes with a duvet (spraying wand) which protrudes out and shoots a constant stream of water at your… area.

The duvet shoots both small and large moisture particles which, theoretically, collide into one another to clean a wider area with less water.

The best part is that the duvet cleans itself before retracting back into the toilet seat, ensuring that no bacteria spreads from user to user. This feature alone should convince you to switch from abrasive tissue to a bidet.

The C100 doesn’t just keep your private parts clean; it also has a deodorizing feature that pulls in air from the toilet seat, eliminates odor molecules, and shoots it out as perfectly clean air.

It uses a charcoal filter – similar to what you’d find in many air purifiers – to absorb nose-wrinkling odors.

The filter is not replaceable; the only way to “refresh” the deodorizing filter is by replacing the unit entirely. Luckily, this only needs to be done every four of five years.

Something you may not have realized you needed is a heated toilet seat. It sounds like something only the Queen of England would deem necessary, but once you try it, you’ll wonder how you made it through life without it. The C100 provides three different heating options to choose from. Say good riddance to freezing-cold toilet seats during frigid winters.

That’s not the only thing that’s heated. The C100 has a built-in heater that raises the temperature of water by several degrees, giving your area a comfortable, clean feeling after doing your business.

There are three available water temperatures to choose from, as well as five pressure options for those who like super-strong streams to ultra-delicate sprays. When the tank runs empty, it may take a couple of minutes to thoroughly re-heat.

With a built-in seat water and water heater, you might be worried about high electricity bills. Thankfully, that’s not something you need to be concerned about; the C100 uses a series of energy saving functions that keep record of your toileting habits.

The C100 knows when you’re not around and will shut off automatically until the presumed time you’ve returned. If during this period someone were to use the toilet, it would take 15 minutes for the C100 to heat back up.

The good news is that it comes with all of the necessary components and paperwork to help set up the C100 in no time. The bad news, especially for those who aren’t particularly handy with tools, is that it can take more a couple of hours to install.

Also, you’ll need to make sure that your toilet is situated near an outlet to draw power from; something that most bathrooms aren’t built with. You might need a professional electrician to help.

The one thing that I’ve found annoying about the C100 is that the duvet is non-adjustable.

That means you’ll have to twist and turn your body in order to get the duvet aligned correctly, which is actually a lot harder than it sounds. Not to mention the size of the bidet’s tank actually makes the toil seat a lot smaller.

Many smart bidets are able to store settings for each of their regular users, but that’s not the case with the C100. Every time you head to the bathroom, you’ll need to redo the settings to your likings if another person tampered with them before.

Compared to TOTO’s wide line of bidets/smart toilet seats, the TOTO C100 is missing a lot of the convenience-adding features most buyers are looking for.

This entry-level bidet may be the perfect option for those who have never used a bidet before and don’t know what to expect. Just be sure everything is set up correctly otherwise you may end up with a localized flood in your bathroom. 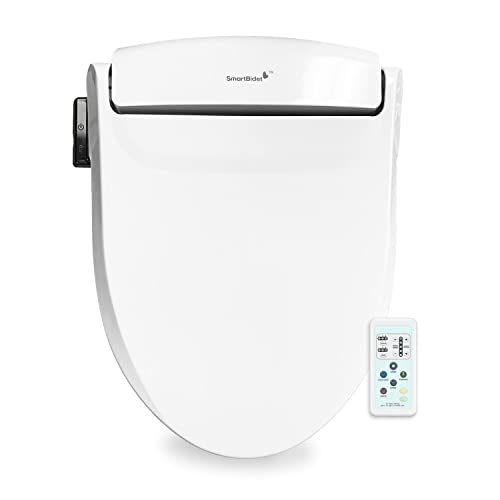