Robotic vacuum cleaners have taken over the way we keep our floors clean. Without needing to lug around heavy canisters or push bulky uprights, our floors can remain as spotless as ever with the help of a tiny disc-shaped robot constantly patrolling in search of dust and crumbs to inhale. The only “bad” thing about robotic vacuums is finding the right unit. With numerous manufacturers releasing several models per year, needless to say, first-time buyers may become overwhelmed with finding the right robot.

Xiaomi’s line of Roborocks has recent received a ton of positive media attention due to its high-quality performance and specs that give several leading brands a run for their money. From their Roborock line, the three models that stand out the most are the S4, S5, and S6. In today’s article, we’re going to compare the three side-by-side to help our readers determine which of the three would be the perfect match for their home.

S4, S5, and S6
When it comes to vacuuming, the amount of suction power delivered by a robot vacuum cleaners is of utmost importance. After all, if it can’t produce enough suction pressure, it won’t be able to pick up every speck of dust littering your floor.

The good news is that all three of these Roborock vacs have suction in the bag. With a powerful motor, these bots can generate up to 2,000 Pa of suction on their highest cleaning mode. Roborock even boasts that these three are able to lift heavy AA batteries in a single pass without choking the inlet.

S4
The Roborock S4 uses a time-tested system of LDS Navigation to find its way around your home’s floors. This isn’t the most technologically advanced system available, but it does create an exceedingly efficient cleaning path for the S4 to follow.

S5
The Roborock S5 also uses LDS Navigation to patrol the floor of your home, but it’s also accompanied by 13 different sets of sensors. These sensors are constantly scanning the S5’s surroundings to ensure it’s creating a perfect map of your home while also preventing the robot from bumping into any obstructions (pet bowls, furniture legs, etc.).

S6
Like the other two Roborocks, the S6 model also relies on LDS Navigation program the most efficient cleaning route. The main difference is that this robot uses 14 sensors to do what the S5 does. The additional sensor is not overkill by any means – in fact, the more sensors there are, the better the chance that the robot will not fall or get trapped.

Conclusion: Although the these three Roborocks use a similar LDS Navigation system, the number of sensors is what sets them apart. In general, more sensors mean better mapping and movement performance while also ensuring the robot doesn’t commit robo-suicide while on duty.

S4
Many modern robotic vacuum cleaners are no longer a one-trick pony. They don’t just sweep and vacuum dried pieces of debris from smooth floors and carpeting anymore, but they can also “mop” floors by wiping them clean with a damp pad found on the backend of the robot.

Sadly, the S4, though a newer model by Xiaomi, does not include this feature.

S5 and S6
For those of you looking for a robot that both vacuums and mops, then look no further than the S5 and S6. Both of these advanced robotic vacs are made to sweep your floors clean then come back to wipe them down with a damp pad.

To activate mopping, simply fill the tank with water, dampen the pad, then snap it into place on the bottom of the robot. They will automatically switch from vacuuming to mopping mode in an instant.

Conclusion: Although the S5 and S6’s mopping system is far from perfect, at least compared to other vacuum-mop combo bots, they can still do a pretty decent job at wiping dried spills and picking up any specks of dust that the brush and suction inlet may have missed. The S4 can’t say the same thing, but at least we know that what it can do (vacuuming and sweeping), it can do extremely well.

S4 and S5
Both the S4 and S5 come with large 5,200-mAh rechargeable batteries that supply up to 150 minutes of non-stop cleaning per charge. They are both rated to cover at most 2,700 square feet of floor before needing to head back to their charging dock to refuel. Whether this is enough time and space to cover an entire floor is dependent on the size of your home, but on average, one charge should be enough to complete most, if not all, of one vacuuming/mopping cycle.

S6
The S6 uses a similarly sized battery, but the amazing thing is that a full charge can provide up to 180 minutes of continuous cleaning. How this is possible is a secret (you’ll have to ask Xiaomi), but it’s safe to assume that its sensors are less power-consuming, its mapping algorithm is more efficient, and it has smoother suction adjustability when transitioning between carpeted and hard floors.

Conclusion: Needless to say, more battery life means being able to cover a wider area per charge. The good thing about these robots is that they have auto-recharge and resume (more on these functions later) so they’ll never abandon their cleaning task because of a low battery.

S4
All three of these Roborock vacuum bots can transition seamlessly from smooth to carpeted floors without the slightest hitch (they can climb up to 2 cm). However, what’s more important is that the robot be able to adjust its suction pressure based on what sort of surface it’s currently trekking on.

The S4, though a beautiful bot that works well on carpeted floors, doesn’t have an auto carpet boost feature. It’s possible that the S4 needs to make repeated passes over carpeting.

S5 and S6
The S5 and S6 don’t have this problem. When walking on carpets, these robots will automatically adjust its suction pressure to the highest setting to pick up whatever crumbs the brushes manage to dislodge. Obviously, the downside of this feature is that it drains more battery power per second to adjust back and forth, but it’s definitely worth the reduced runtime.

Conclusion: This is an extremely handy feature if there are wide areas of carpeting in your home or apartment. Dust hiding in medium-pile carpeting can be difficult to pick up, but with the reliable brushes combined with enhanced suction power, the S5 and S6 should be able to remove most, if not all, of whatever is lurking in your carpet without making multiple passes over the same area.

S4 and S6
Selective room cleaning is a function on the Mi Home App that allows users to choose which room the robot vac will clean. This is particularly handy when you’d like the robot to focus on high-traffic areas like hallways and living rooms. The S4 and S6 have this feature; all you need to do is download the app, and you’re all set!

S5
Sadly, the S5 does not. This doesn’t mean you can’t keep the robot focused on one room, but it will take some time. First, you need to open the map and create digital barriers, locking the robot in one room. It works similar to selective room cleaning, but it’s just a bit more time-consuming.

Conclusion: Even though you can get the same type of focused cleaning on the S5 as you could with the S5 and S6, the convenience of tapping on your phone’s screen to direct the robot to a certain room is a heck of a lot easier than setting up virtual barriers. Plus, you don’t need to take into account the starting position of the robot-like you would with the S5.

S4
Recharge and resume add the most convenience to any robot vacuum cleaner. If the Roborock S4’s battery is running low on juice, it’ll stop what it’s doing and head straight to its charging dock to refuel. After the battery has reached maximum capacity, the S4 will disengage from the dock and pick up where it left off.

S5 and S6
Both the S5 and S6 have auto-recharge and -resume, but the difference is how much time it spends on the dock. The S4 waits until the battery is full – usually between 4 and 5 hours of charging – before getting back to work. The S5 and S6, on the other hand, recharge until the battery is at 80% – roughly 3 to 4 hours on the dock – to complete its unfinished cleaning cycle.

Conclusion: If you’re not at home, you probably won’t have the chance to appreciate how much time the S5 and S6 save by charging up to 80% after experiencing a low battery. Essentially, by doing this, the robot can clean more and will most likely finish its cleaning task before you get home from work.

So, after comparing some of the more vital specs between the Roborock S4, S5, and S6, we can conclude without a shadow of a doubt that the S4 is best-suited for rooms with little to no carpeting, whereas the S5 and S6 work on any floor type. The most notable feature of the latter two – a feature missing in the S4 – is the mopping pad.

By filling their tank with water, these two robotic vacuum cleaners can sweep and vacuum then finish its cycle off with a quick wet-wipe on hard floors. Between the S5 and S6, we favor the Roborock S6 a bit more, due to its enhanced navigation, selective room cleaning function, and efficient battery (up to an additional 30 minutes of cleaning time compared to the S4 and S5). 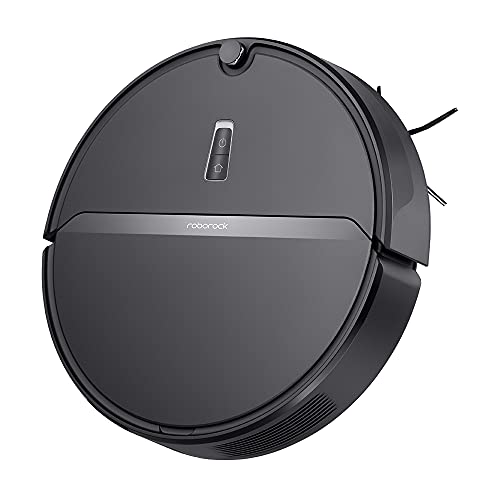