If you have plans to trade in your old EV for a newer one, it won’t hurt to have a charging station at home that supports both new and old models. Introducing the Megear/Zencar EV Charging Station: an ultra-versatile Level-1 AND Level-2 EVSE that’s easy on the eyes and even easier to use. Join us as we take a closer look at what the Megear/Zencar has to offer.

First of all, it’s important to know what the Megear/Zencar is capable of doing. It functions as both a Level-1 and Level-2 charger, meaning that it can plug into either a standard 120V (NEMA 5-15 plug) or a 220V receptacle (NEMA 6-20 plug). This unique setup allows users to charge their car batteries with at a speed of between 1.92 and 3.87 kW.

To get the quickest charge, you’ll need to crank both the amperage and kW ratings. The M/Z charger is limited to only 16 amps and 3.87 kW at most, meaning that you’ll get only up 11 miles of travel per charging hour by M/Z estimates. That, by Level-2 EVSE standards, is quite inefficient. However, seeing as how it doubles as both a Level-1 and -2 charger, we can’t really fault it that much.

The M/Z is not a hardwired model, meaning that you’re free to place it inside of the bonus carry case to take with you on the road. If you don’t have access to public EV stations (not everyone lives in EV-friendly cities or villages), then the Level-1 charger with the standard NEMA 5-15 plug adapter will definitely make things easier on you.

This Level-1-and-2 charging station is far from being a smart device. There’s no internet or Bluetooth connectivity support so monitoring the charging status of your car from afar is out of the question. However, since most modern electric cars come with overcharge protection, this is hardly an issue.

Instead, what the M/Z offers are four LED lights indicating the working status of the device (power, connection, charging, fault). These lights either stay on or blink depending on what the charging station is doing and whether there are any faults. If all four lights turn on, then make sure you give the EVSE some time to cool down.

Everyone loves a long cable, and the M/Z don’t disappoint. This charging station comes with a 25-foot cable to allow users to navigate around their vehicle with plenty of slack to avoid bumping into the side of the car. To make storing the long cable easier, M/Z includes a handy hook and holster. The holster protects the connector’s pins from getting dirt and moisture when not in use.
While we’re on the subject, we might as well tell you that the overmolding of the long cable is made to withstand bumps, drops, and stepping-ons. As long as you don’t accidentally run over the cable with your car, the M/Z should be good to go.

For those of you who don’t have garages or park their cars in the driveway, we’ve got some excellent news for you. The Megear/Zencar’s connector is rated IP55 for resistance against water, fire, and dust. Essentially, light rain, extreme heat, and common outdoor pollution will have no inhibiting effects on the charging abilities of this EVSE. It’s a shame that this device is not thief-resistant as well…

Let’s be real for a minute. This M/Z charging station is on the affordable side of the EVSE price spectrum, and even though it works flawlessly in the beginning, it won’t last. There have been numerous reports of their M/Zs failing right after the 12-month period which is coincidentally right when the warranty expires.

Random faults can occur from time to time, forcing you to restart the device by unplugging and plugging it back in. This can be problematic for users who charge overnight.

However, others have commented that their EVSEs have gone up and beyond expectations by surviving for several years. We can only conclude that with proper care, storage, and common sense, this could be an inexpensive yet effective charging station to have at home (or as a backup).

Verdict: Should I Get the Megear/Zencar Electric Vehicle Charging Station?

We’re quite conflicted with this one. On the one hand, it’s super affordable and works beautifully at first, but on the other hand, the numerous complains of faulty performance after months of frequent use leave us worried.

In the end, we feel that the Megear/Zencar would make for the perfect backup or on-the-road charger to have, not your main one. 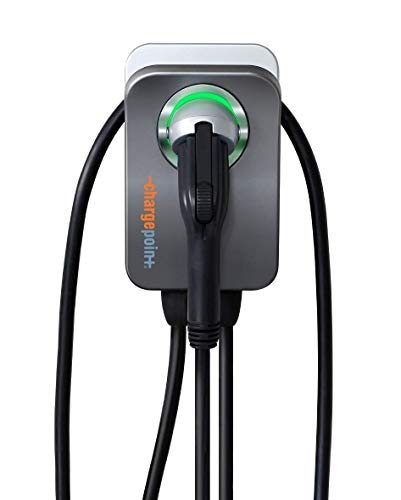